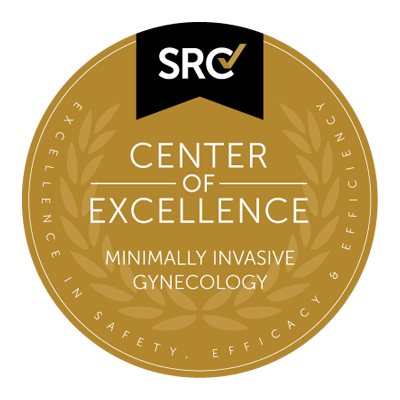 The Hospital of Central Connecticut (HOCC) received a certification as a Center of Excellence for Minimally Invasive Gynecologic Surgery, an international recognition that is awarded by the Surgical Review Corporation (SRC). The SRC reviews minimally invasive surgery programs across the globe to look at the program’s lifetime cases as well as cases from the past year. 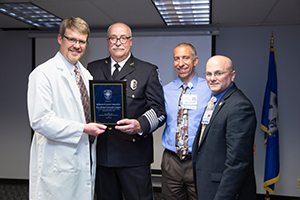 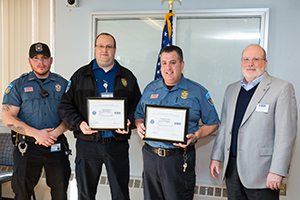 Craig Stegmaier, Public Safety operations manager at The Hospital of Central Connecticut (HOCC), and Gerald Scotella, HOCC Public Safety officer, received the Patriot Award from Employer Support of the Guard and Reserve (ESGR), a Department of Defense program. The Patriot Award recognizes efforts made to support citizen warriors through a wide-range of measures, including flexible schedules, time off prior to and after deployments, caring for families, and granting leaves of absence if needed. Stegmaier and Scotella were nominated by HOCC Public Safety officer and reserve military police officer Dan Hanscom. 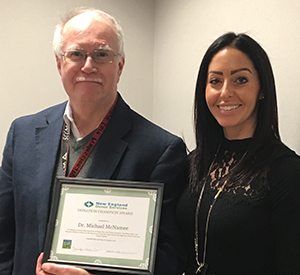 During January, The Hospital of Central Connecticut (HOCC) conducted two organ donation procedures, which ultimately saved seven lives. Dr. Michael McNamee was honored by New England Donor Services (NEDS) with the Donation Champion Award for “showing outstanding appreciation and valiant efforts to help this cause, specifically for these donation cases.” A NEDS spokesperson said that all HOCC New Britain campus staff went above and beyond to facilitate this gift of life and that the hospital stood out for its efforts in organ, tissue and eye donation services.

“Thank you to everyone, including all staff that stayed late, came in early, or even came in on their day off, to help our donors provide the gift of life,” said Heather Harris, RRT, EMT, NEDS. “Without you, this would not be possible.” 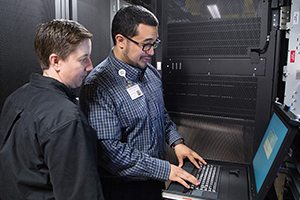 For the fourth consecutive year, The Hospital of Central Connecticut has been named one of the Most Wired hospitals in the nation by Health & Hospitals Network. Most Wired Award winners are selected based on the annual health care’s Most Wired survey, administered by the American Hospital Association’s Health Forum. The award signifies HOCC’s commitment to technology and improving the efficiency of care delivery. Most Wired hospitals use population-health management tools and partner with healthcare providers to share critical information and eliminate preventable problems.

“HOCC is committed to implementing technology in a way that best serves our patients and the greater community and allows for enhanced care coordination,” said Jennifer Comerford, site chief information officer and IT system director at HOCC. “We are always looking to move our industry forward.” 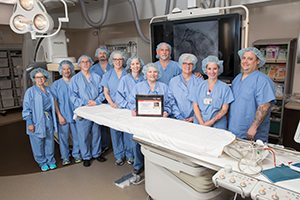 “We are very proud to be recognized for the Gold-Plus Award by the American Heart Association,” said Lori MacLean, RN, MSN, Central Region cardiovascular services manager. “The Cath Lab and the Emergency Department work collaboratively to bring best practices and care to our patients.” 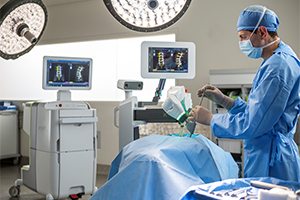 On March 15, Dr. Joel Bauman performed the first Mazor X robotic spinal surgery at MidState. He treated a patient with severe back and radiating leg pain with a procedure known as a lumbar fusion. The robot enables surgeons to perform certain procedures with pinpoint accuracy.


HHC is the first healthcare system in the Northeast to pioneer this latest robotic technology. The Mazor X robot gives surgeons the most-advanced resources to enhance patient safety and accuracy in planning and performing spine surgeries. 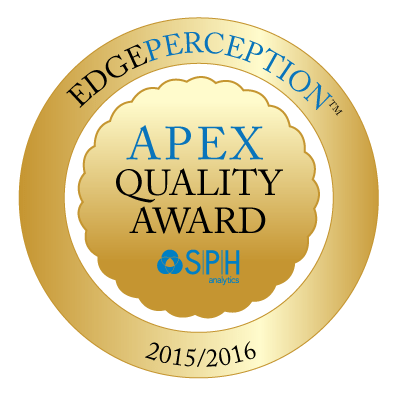 Hartford HealthCare’s Southington Surgery Center won a national quality award based on patient satisfaction. SPH Analytics honored the center with the 2015/2016 National APEX Quality Award, which recognizes high performance among the organization’s peer group. Patients at the Southington Surgery Center were queried on their experience in a variety of categories, including prior to surgery, anesthesia care, nursing care, surgeon care and communication, recovery in the facility, discharge instructions and home follow-up. The Surgery Center was ranked No. 1 in two categories: Confidence in Anesthesia Department and Treatment of nausea or vomiting. Surgeons were ranked No. 7 in the category Recommend surgeon. More than 800 facilities across the nation were included in these rankings. 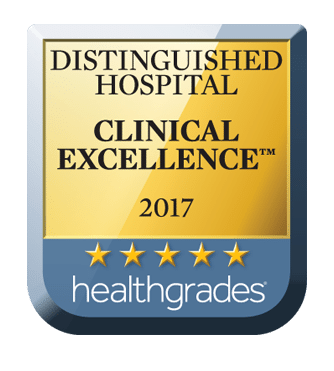 The Hospital of Central Connecticut and MidState Medical Center were recognized as “Distinguished Hospitals for Clinical Excellence” by Healthgrades, an online resource for information about physicians and hospitals. The award recognizes all hospitals that were among the top 5 percent in the nation for delivering high- quality care across common inpatient conditions and procedures. During the study period between 2013 and 2015, the hospitals had a lower in-hospital mortality rate across 19 procedures and conditions where mortality was the clinical outcome, compared to other hospitals. 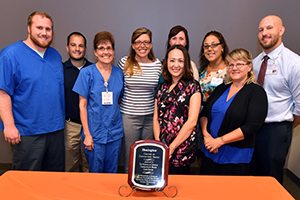 MidState Medical Center and The Hospital of Central Connecticut (HOCC) have received awards for clinical excellence from Healogics, the nation’s leading and largest wound-care management company.

HOCC won its first Center of Distinction Award for outstanding clinical metrics for 2016. MidState received a Center of Excellence Award for outstanding clinical metrics for two consecutive years. To qualify for the awards, wound-care centers must receive patient satisfaction scores of 92 percent or higher and a wound-healing rate of at least 91 percent in fewer than 31 median days over the course of 12 months. 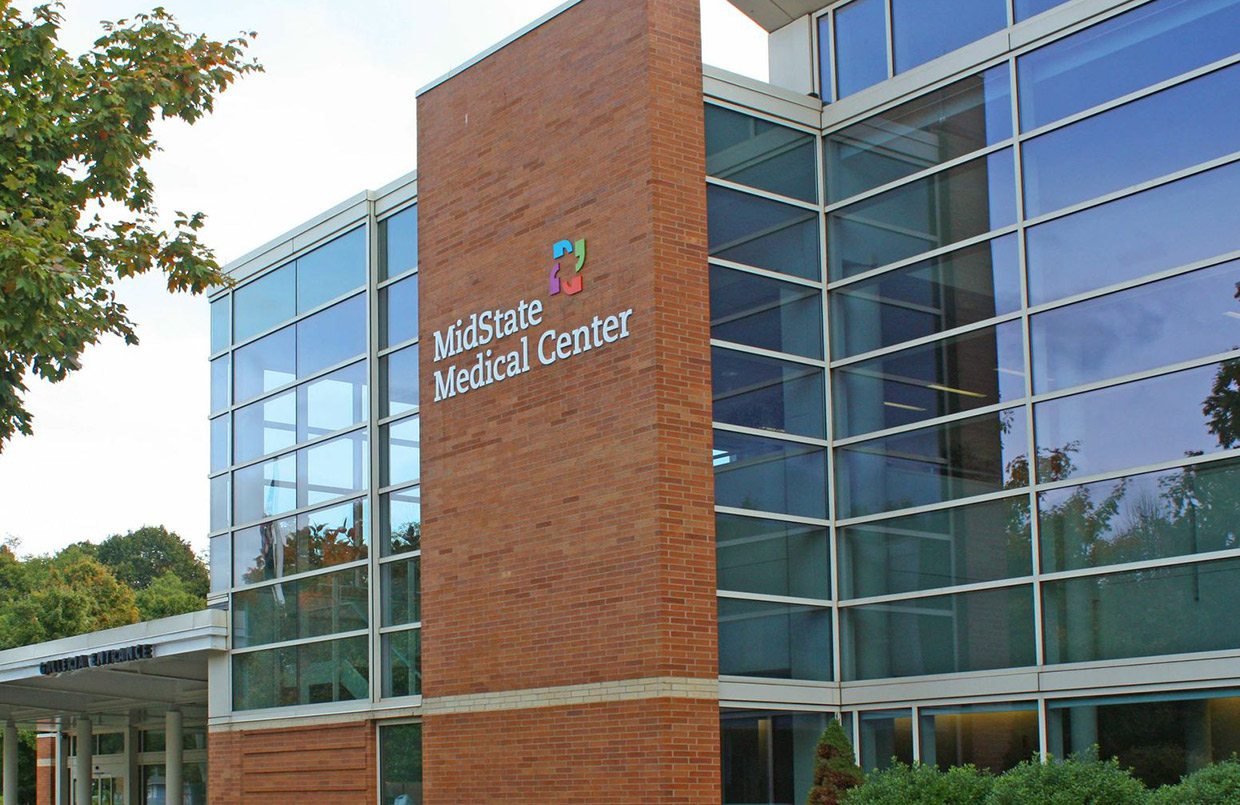 In addition to these enhancements, Dr. Steven Prunk, formerly the CCU director at HOCC, has been named Central Region director of Critical Care Medicine and is overseeing the CCUs at both MidState and HOCC. 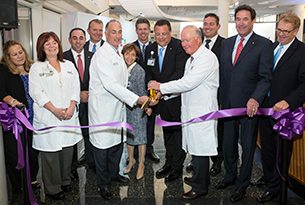 The new Connecticut Orthopaedic Institute at MidState Medical Center opened April 3. The institute operates as a hospital within a hospital, providing patients with convenient access to high-quality, comprehensive care; outstanding physicians; and the latest technology — all in their community. Located on Pavilion A, the institute specializes in total joint replacement and spine procedures. Local communities recently have seen an increase in demand for orthopaedic services. The highly skilled surgical and clinical staff, coupled with the outstanding facilities, makes the institute is a destination hospital for a broad range of orthopaedic care.