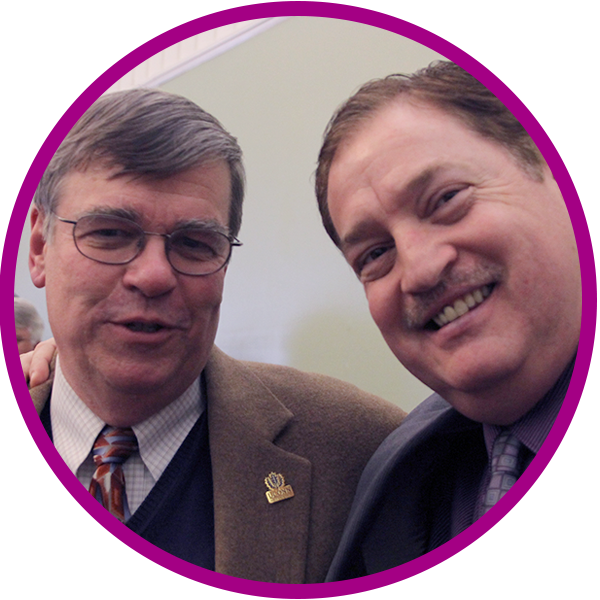 On Thursday, Dec. 4, 2014, Rushford held the annual corporators meeting at its Middletown facility. Event highlights included a presentation by Rushford Medical Director J. Craig Allen, MD, on naloxone (Narcan®), followed by the presentation of the story of Josh, a U.S. Army Veteran whose life has been saved, in part, by the quick administration of this opioid antidote.

The evening also marked the official dedication of Rushford at Middletown to Jeff Walter, former Rushford president and CEO. In her dedication remarks, Rushford Board Chair Linda Worden said, “With Gus Rushford having built the foundation for what would become the community’s gold standard for alcoholism treatment, Jeff took Rushford to a whole new level and dimension with the purchase of Silver Street.

He is a deeply committed leader who leads with his heart. His leadership, compassion and tenacious advocacy have provided us with a wonderful model in the field of behavioral health, as Rushford continues its tradition and mission — meeting the substance abuse and mental health needs of children, adults and families and striving to provide affordable, accessible services of proven effectiveness and high quality that embrace the most current research in prevention, treatment and recovery.” 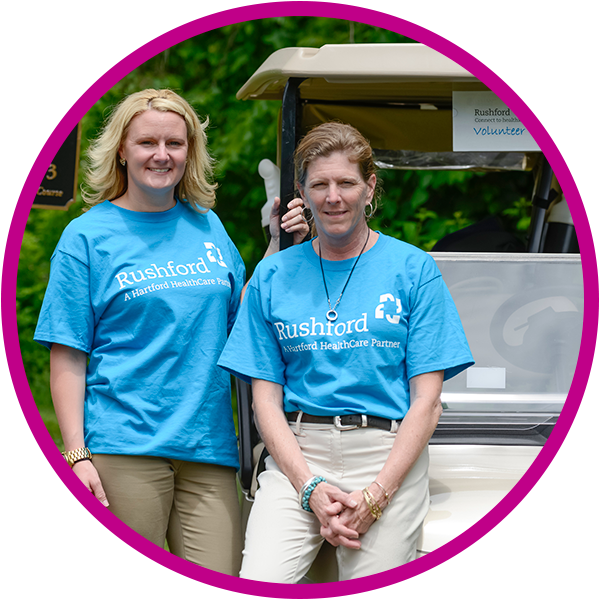 Krystle Blake (left) and Jeanne Moore were among the nearly 30 Rushford employeevolunteers who make this event a success each year.

Friday, June 6, 2015 was a picture-perfect day for the 26th annual Rushford Golf Classic, sponsored by the Rushford Foundation, Inc., and supported by the Council of Business Partners at the Community Foundation of Middlesex County.

Held at Lyman Orchards Golf Club in Middlefield, the tournament netted approximately $40,000 to benefit child and adolescent prevention and treatment programs at Rushford.

Thank you to the following organizations for their generosity and support of Rushford services from Oct. 1, 2013 through December 31, 2014:

Connecting to Community Through Communication